The UN Resident Coordinator’s Office (UN RCO) in Nepal works under the strategic guidance of the UN Resident Coordinator (RC) and supports the UN Country Team (UNCT) in the advancement of the 2030 Agenda for Sustainable Development. The UN RCO fulfills the following five key functions in support of the responsibilities of the RC and the UNCT including:

The UN RCO and UNCT work closely with the Government of Nepal and other Development Partners to support Nepal in achieving Agenda 2030 and the Sustainable Development Goals.
The UN RCO team supports the RC and UNCT in ensuring a more coordinated and coherent approach across the work of the UN and is composed of experts in development and humanitarian coordination, information management, human rights, gender equality, communications and communications.

The UN Resident and Humanitarian Coordinator in Nepal

Richard is the Country Director of the International Labour Organisation (ILO) in Nepal since August 2016. With more than 20 years of experience in management and research in the private sector, non-government organisations and the ILO in Asia and the Pacific, Richard has developed expertise in gender equality and non-discrimination, migration, indigenous peoples, sexual and reproductive health, and HIV and AIDS. Prior to his appointment in Nepal, he had worked in the ILO office in Bangkok as a Senior Regional Specialist on HIV and Decent Work for Marginalised Groups. He also worked in China and Indonesia in other capacities. An American national, Howard holds a Doctor of Philosophy in Anthropology from the University of Illinois. 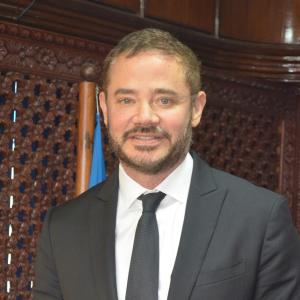